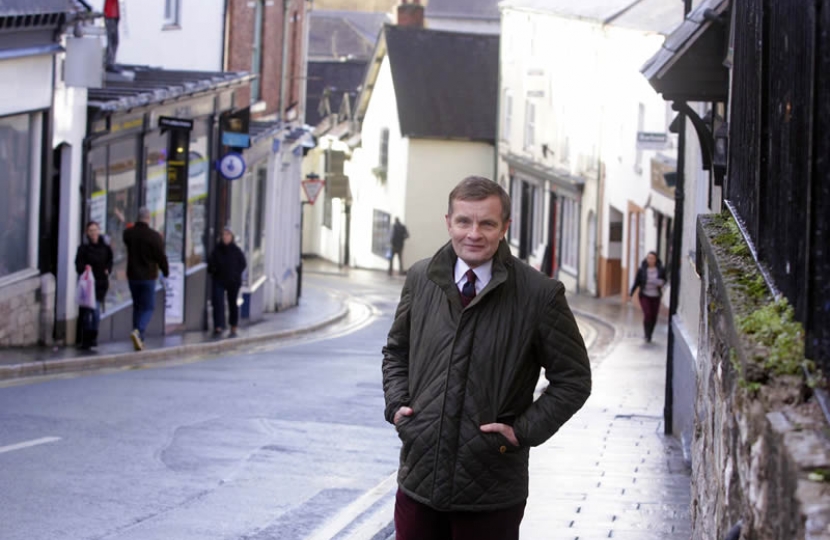 David was born in London, his parents having earlier moved there from North Wales in connection with his father’s career. The family then returned to North Wales early in David’s childhood, and he has spent most of his life living and working in the area. He attended Ruabon Grammar School, then went on to study law at University College London and the College of Law in Chester.

Upon completion of his studies, he moved to Ruthin to train as a solicitor. After qualification, he established his own legal practice in Llandudno.

David developed an interest in politics at an early age, along with a commitment to the Conservative party. He was a Parliamentary candidate in the 1997 and 2001 General Elections, and briefly served as a regional Member of the Welsh Assembly.

David was selected as the Conservative Party’s candidate for Clwyd West at the 2005 General Election. It was the first time that he had contested the seat, and he succeeded in taking it with a majority of 133.

David was re-elected as the Member of Parliament for Clwyd West at the 2010 General Election, increasing his majority to 6,419. This represented a swing of 8.4% in his favour, higher than the national Conservative average for that election. With the formation of the Coalition Government in May 2010, he was appointed Parliamentary Under Secretary of State for Wales. He held that position until September 2012, when he was appointed Secretary of State for Wales, thereby becoming a member of the Cabinet and the Privy Council, and assuming overall responsibility for the Wales Office. He served as Secretary of State for nearly two years, until July 2014.

At the May 2015 General Election, David was re-elected as the Member of Parliament for Clwyd West, with an increased majority of 6,730.

David was appointment Minister of State to the Department for Exiting the European Union under Theresa May’s government. At the June 2017 General Election, David was re-elected as the Member of Parliament for Clwyd West, with an increased vote share of 48.1%. Following Theresa May’s re-shuffle David was returned to the backbenches and resumed a position on the Public Affairs and Constitutional Affairs Select Committee.

David is married to Sara, who was raised in Llawr y Glyn, Montgomeryshire. They have two sons, and live in Rhos on Sea.